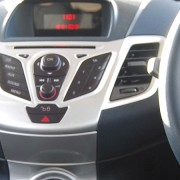 DVSA wants to make sure the test better assesses a driver’s ability to drive safely and independently in modern driving conditions.

So there is yet another consultation taking place at god knows what cost to see what we the instructors think of the new proposals.

I don,t know why they bother they haven,t taken any notice of our views in the past!

The changes are to:

1 Ask candidates to follow directions from a sat nav during the ‘independent driving’ part.
2 Replace the ‘reverse around a corner’ and ‘turn in the road’ manoeuvres with more real-life scenarios, e.g driving into and reversing out of a parking bay.
3 Ask one of the vehicle safety questions (known as the ‘show me, tell me’ questions) while the candidate is driving.

DVSA wants to make sure the test better assesses a driver’s ability to drive safely and independently in modern driving conditions.

These changes can only be good and do to some extent bring the driving test more up to date, however they seem to be just fiddling and making small adjustments to the driving test.

In my view and that of many other instructors we need to be more radical, we must now make motorway training a part of the test instead of it being voluntary, which has always been a bit daft.

This has been looked at but as usual nothing has been done.

Learner drivers should have to have say 4 hours training and practice on motorways either before taking the driving test or after and the instructor should be able to sign off the pupil as having completed the training. Other than this we can expect more fatal incidents on our motorways caused by inexperienced drivers. This plus the state of our roads, which are in a dangerous state now, begs the question. Does the government REALLY CARE about ROAD SAFETY, look around you and the question will be answered, which  is NO they DO NOT.